The guys from the Manor of Hope took another skiing trip to Blue Mountain. 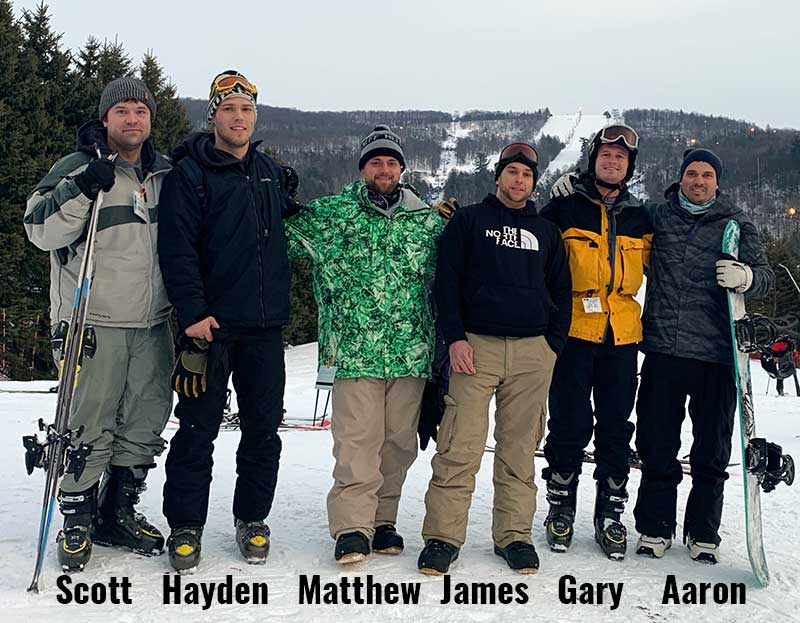 The Manor crew wasn’t through with the slopes after the last ski trip to Bear Creek in late February. Everyone was excited to squeeze in some last minute mountain time before our spring activities! Upon arriving at Blue Mountain that Friday afternoon, there was something special in the fresh, cold air. We just knew that it was going to be a wonderful night at the mountain!

And it sure was! Everyone strapped on their confidence helmets and showed the slopes what they were made of! The night was filled with high speeds, big airs, tasty food, and well….some minor spills as well. But hey, it’s all part of the fun! Not to worry, though, the only thing that broke that night was the sound barrier! Hayden, Scott and Gary teared up the mountain on skis, while Aaron, James and Matthew took a different route and strapped on our snowboards. Keeping up with everyone down the hill wasn’t an issue, except when it came to Gary! 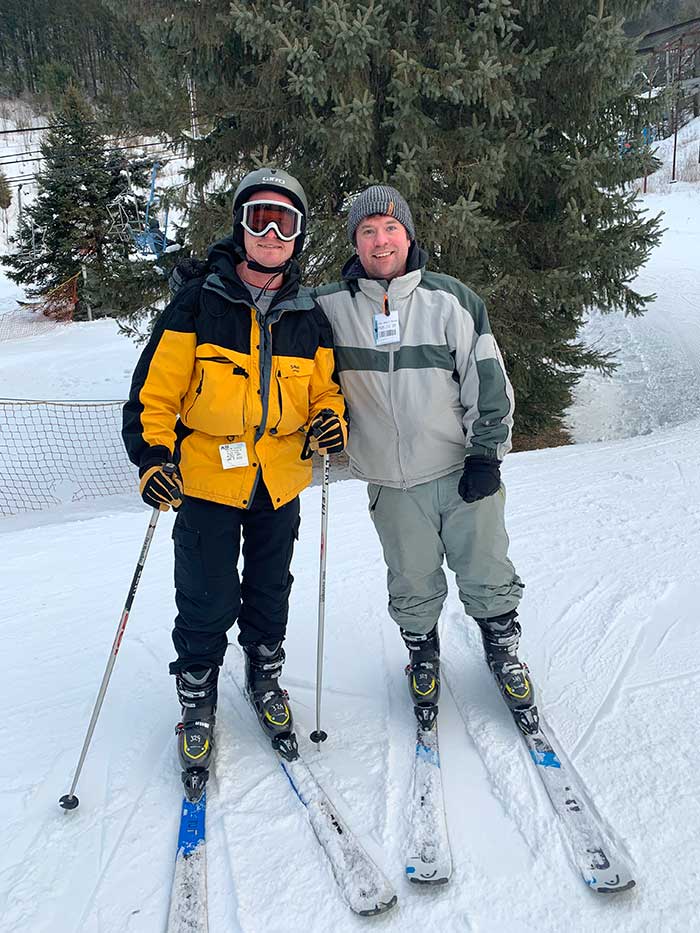 Gary hadn’t skied in nearly a decade, but that didn’t stop his muscle memory from going into overdrive once he strapped on the skis and the hit the Blue Mountain slopes that night. It was as if Gary never took a hiatus from his skiing pastime. As soon as we poured off the ski lift onto the summit, Gary showed us what he is made of. Like a bolt of lightning in his yellow and black jacket, Gary wasted no time on the slopes and had a need for speed. When the crew congratulated Gary on his mastery of the skis, he was nothing but a kind, humble soul. We hope to see Gary show the mountain who’s the boss once more before the springtime rolls in!