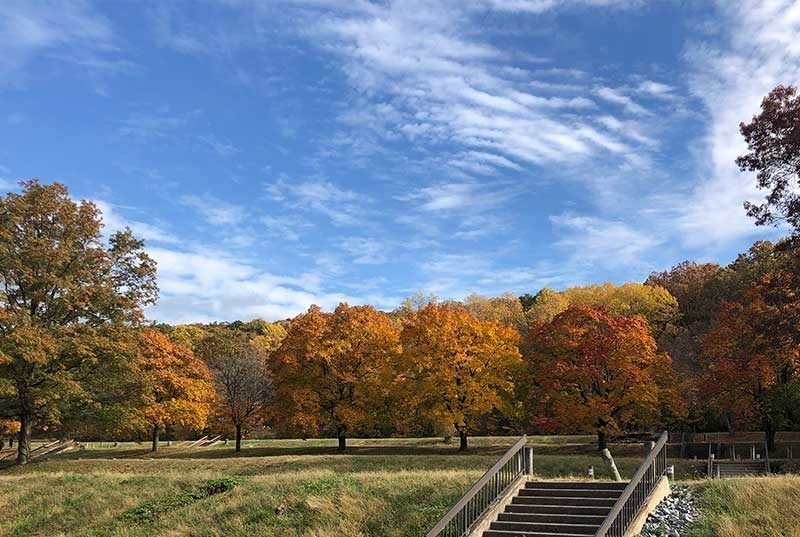 After a solid morning workout, the guys came back to the Manor of Hope for a quick bite to eat and then loaded the van with several disc golf sets.

They wanted to make things more interesting, so the guys decided to play in teams of two. The teams consisted of Ryan and Ben, Mallozzi and Jose, and finally; Max and Scott.

After the first few holes, everyone had a good understanding and grasp of the game. The teams traded the lead several times along the course, and although everyone had some great shots, there were also some terrible shots that required some serious skills in order to find the lost disc!

But in the end, it was a great day and everyone had a great time and Ryan and Ben won … but not by much! We will be back for a rematch!

PS: The fall colors at the park were splendid!