Manor of Hope Welcomes Andrew Deery to Our Staff

Previous Next
Manor of Hope Welcomes Andrew Deery to Our Staff 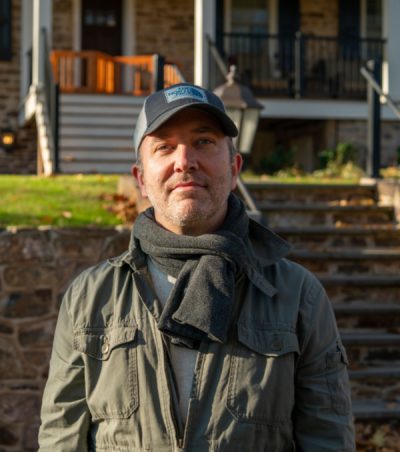 The Manor of Hope is excited to announce our new Culinary Director, Andrew Deery!

Andrew is an important part of the local Phoenixville area community and up until a few months ago, he owned and operated a local, highly acclaimed restaurant called Majolica.

Majolica was awarded the “3-Bell Review” from food critic, Craig Laban of the Philadelphia Inquirer. While at Majolica, he received numerous awards and accolades, including the “Best Chef of Chester County.” Andrew was also highlighted in many magazines and publications as well as being included on the cover of internationally circulated Art Culinaire Magazine.

Andrew became involved with the Manor of Hope several years ago when he became a Building Futures Program partner. He mentored one of the Manor’s first residents named Steve S. who was extremely successful in the program and stayed with Majolica until its closing. You can read about Steve and Andrew’s  Journey here.

Andrew brings an accumulated skill, experience and expertise to the Manor of Hope program, with a focus on culinary and agricultural education. He is spearheading our new Culinary Educational Program where he teaches residents about the importance of nutrition and diet as well as how to cook.

He is also developing a new Agricultural Enrichment Program, where he teaches residents about organic gardening and food supply in the huge organic garden that was built by residents on the Manor of Hope grounds. Residents plant, maintain and eat all the food that is grown on-site.

In Andrew’s own words:

“As I have been asked by many, I thought I would take the opportunity to tell you my plans. Over the last few years, I have been fortunate to work closely with a local addiction support program called the manor of hope. Manor of Hope helps young men from all over the country battling the disease of addiction. Located in our back yard of Oaks, This therapeutic community features programming designed to build the resilience and habits needed to achieve long-term sobriety.

This subject is close to my heart, as I have not only been witness to others falling into the trap of addiction but found myself walking down this dark path. The restaurant industry, in particular, is plagued with individuals who are exposed to stresses and temptations that are seldom found in other industries. I am very proud to tell people that I was fortunate, and through willpower and the support of my friends and family, to confront my weaknesses and found peace in sobriety for over three years and counting. I do not judge others, only know what works best for me, and I have taken my own personal experience to heart, and want to lend my experience and support to others who need it.

I head over to the manor in January and will begin a program of culinary development and education, working with residents to make healthy choices with diet, and nurture and inspire those who want to take an interest in cooking. I find this work to be worthwhile, and look forward to this new chapter in my career.”