In order to ensure that we maintain the highest standards and deliver a consistent level of excellence, the depth of our team and the experience they bring to Manor of Hope is vital.

We offer 24/7 administration and support, a familial environment and a commitment to the young men residing at Manor of Hope before, during and long after their stay. 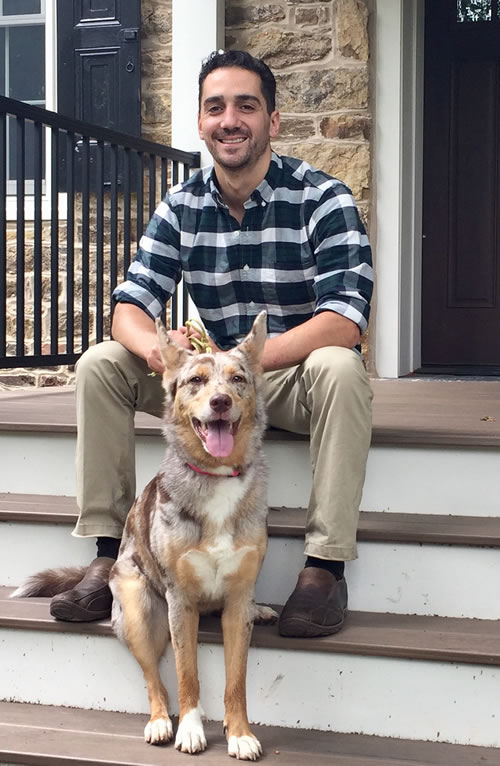 As Executive Director of Resident Services, Matthew ensures that the programming and staff at the Manor of Hope are designed to deliver the highest quality experience to all residents during their stay.

He is responsible for supporting staff through oversight and ongoing professional development while continually seeking out the innovative opportunities and strategic partnerships necessary to achieve the organizational mission of excellence.

Matthew brings to the Manor of Hope a passion for teaching and a commitment to learning from all those he supports.  His career in the fields of education and recovery began while living and teaching in Argentina and Honduras.  After returning to the United States, Matthew began coordinating the supportive services of a young adult substance abuse program located in Philadelphia.   While in that role, Matthew observed firsthand the devastation that drug use inflicts on our families and our communities.  He also witnessed inspiring stories of triumph and had the honor of working with some of the brightest minds in the field of recovery.

Matthew earned a Master’s of Education from Temple University in 2013.  Since then he has utilized his training and experience to design and implement resilience and life skills programming.  He has served as a mentor and advisor to both students and professionals alike.  His work has helped build pathways towards meaningful employment and education opportunities which promotes lasting change in those he serves.

Matthew is an adventurer at heart who has enjoyed his time traveling the world.  These days you’ll find him exploring the forests closer to home with Scout, his Australian Cattle Dog. 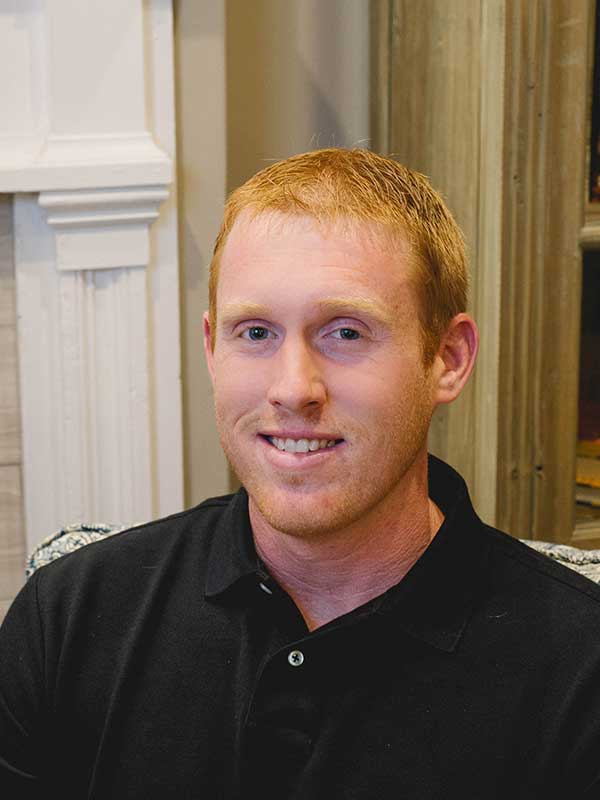 John’s passion is helping individuals struggling with addiction. He understands from experience what this horrible disease can do to a person and their family. John grew up in South Jersey and began experimenting with drugs in High School. His use rapidly spiraled out of control and consequently, John struggled with heroin addiction for over ten years. He entered countless thirty and sixty day rehab programs during that period. He never found the help he needed or any sustained success through those programs. As John’s addiction progressed he ended up homeless living on the streets of South Florida.

By chance, he was admitted to a therapeutic community. John was finally able to find the environment he needed to heal and adequate time away from his old life, allowed him to achieve long term sobriety. He has been substance free since June 23, 2014 and is attending college to become a certified addictions counselor. His firsthand experience with this disease is invaluable when it comes to relating to and empathizing with our residents. He helps residents navigate the many pitfalls and trials that all people face during their recovery. 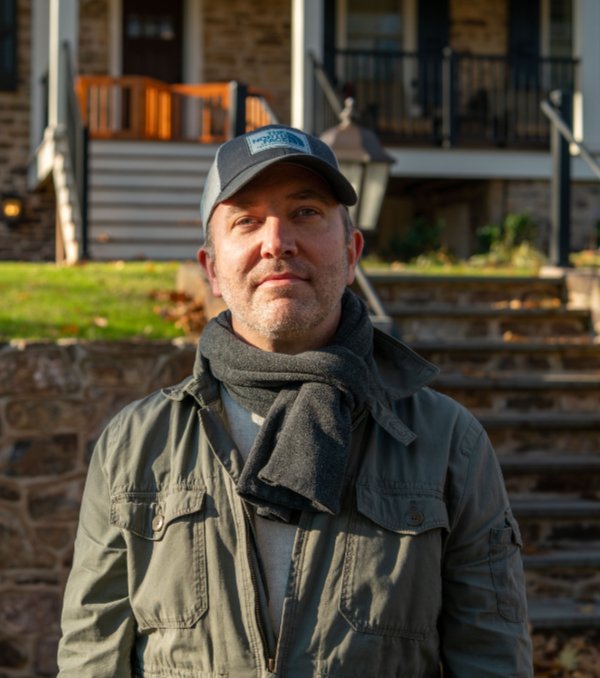 Andrew was born and raised in Phoenixville, PA where he first discovered his passion for cooking. He graduated from Baltimore International Culinary College in 1992 with an Associates Degree in Professional Cooking.

After graduating, he moved to Maine where he worked under James Beard awarded chef, Sam Hayward. While there, he gained an appreciation for the seasonality of ingredients and the surrounding network of local farmers, foragers, and fishermen. He stayed in Maine for 8 years before returning back to Pennsylvania.

In 2004, Andrew came back to his hometown of Phoenixville to open his own restaurant, Majolica where he was awarded the “3-Bell Review” from food critic, Craig Laban of the Philadelphia Inquirer. While at Majolica, he received numerous awards and accolades, including the “Best Chef of Chester County.” He was also highlighted in many magazines and publications as well as being included on the cover of internationally circulated Art Culinaire Magazine.

Andrew eventually forged a friendship with Steve Killelea, founder of the Manor of Hope, after participating in its Building Futures Program. He employed and worked for several years with one of the first Manor residents to graduate from the program, Steve S.

On the 15th year anniversary of its opening, Andrew decided to close Majolica Restaurant to pursue a higher calling at the Manor of Hope.

He brings an accumulated skill, experience and expertise to the program, with a focus on culinary education and agricultural program development.

Andrew’s interests include food, yoga, kayaking and music, specifically guitar and enjoys playing music with many residents to help further their music education. 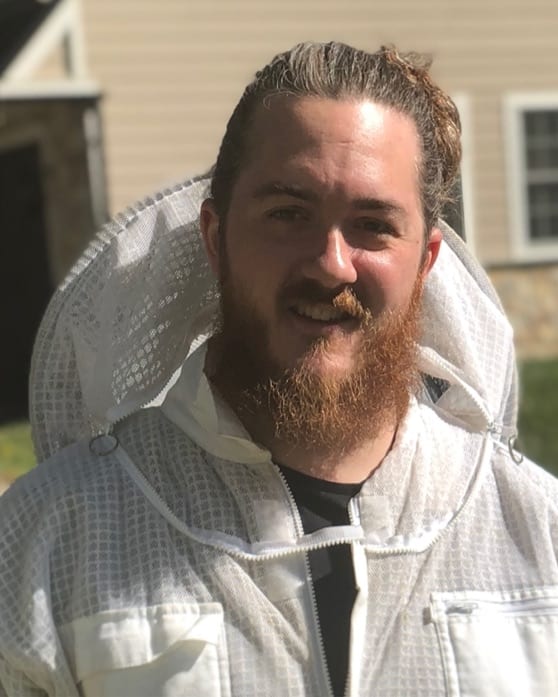 Growing up as a picky eater, Kevin discovered cooking almost by accident. In high school, he got a job at a local restaurant just so he could work with his friends but quickly began working his way up the ranks and eating everything in sight. He continued working in restaurants for 5 years, eventually landing a sous chef position at Station Taproom in Downingtown, PA.

In 2015, Kevin decided to attend Johnson & Wales University in Providence, Rhode Island, where he was one of 23 students in the nation accepted into their Advanced Standing program. Kevin completed his Associate’s Degree in Culinary Arts and a Bachelor’s Degree in Food Service Entrepreneurship in under two years, all while working full-time at award-winning restaurant, New Rivers American Bistro.

In 2017, Kevin decided to move back to Pennsylvania to open East Branch as Executive Chef where he received praise for inventive, seasonal, vegetable forward food. He also received features in Edible Philly Magazine, PA Eats, and many other online publications. In 2019, Kevin also began teaching culinary classes at the Wayne Art Center.

After experiencing several close friends and many co-workers in the restaurant industry be impacted by alcohol and the opioid epidemic, Kevin decided to take his career in another direction. Cooking, eating, and staying healthy are all intertwined life skills that can get lost over time or never even learned in the first place. It’s Kevin’s mission to support and teach others these valuable life skills to help them gain confidence and independence in the kitchen as well as in life.

Kevin also competes in powerlifting which has taught him about nutrition and the connection between food and fitness, further enhancing his interest in healthy eating. His interests include playing music, lifting weights, and cooking with new and exciting ingredients. 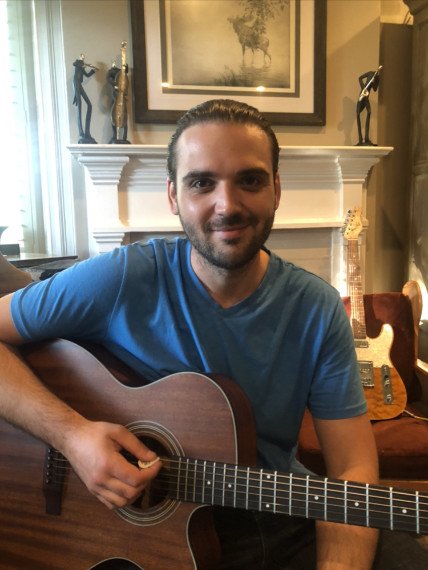 Patrick’s role as a Recovery Coordinator challenges him every day to support the young men under his care to find the path to long-term recovery. He believes the journey must include the right balance of clinical care, vocational training, and life skills, along with a healthy dose of fun and finding your passion in life. Himself, a Manor of Hope graduate, Patrick offers residents a compassionate ear and first-hand knowledge of the Manor of Hope program and its unique benefits.

A native New Yorker, Patrick attended the University of Scranton and received a Bachelor of Science degree in Psychology as well as minors in Theology and Criminal Justice. He also attended Palm Beach State College where he attended courses in Addiction Studies.

In his spare time, Patrick enjoys exercising, martial arts, cooking, and visiting family in New York. As an avid musician, Patrick can often be seen jamming on his guitar teaching residents on the Manor of Hope campus. Zach has been working in the field of recovery since 2019. After watching several close personal friends be impacted by the opioid epidemic, he started his work at an inpatient recovery center teaching yoga and mindfulness to individuals and groups. After a short while of working in the field, he was inspired to go back to school to pursue his master’s in social work to become a therapist and expand his knowledge on how to create a more compassionate and kinder world. In May of 2022, he graduated with his MSW from West Chester University of Pennsylvania.

Zach approaches therapy and recovery from a holistic mind, body, spirit, viewpoint. Growing up as an athlete, he emphasizes the importance of movement and physical activity as an essential pillar to overall well-being. He also incorporates a bio-psycho-social lens into creating sustainable, long-term solutions and healing for individuals.

After growing up in Gettysburg, PA, Zach moved the Philadelphia area to attend Widener University, where he received his bachelor’s degree in Business Administration and Marketing. In January 2020, Zach moved to Phoenixville, PA and quickly become involved in the loving and kind local community. He volunteers his time to several local organizations in the community, such as the local Code Blue homeless shelter and Phoenixville Area Community food bank. He also serves as the Director of Outreach and Social Services for Project Healing Hive, a local non-profit organization focusing on delivering mental health services to underprivileged communities in Chester County, PA.

In his free time, Zach enjoys staying physically active by exercising, taking advantage of the great outdoors, making music on the piano, and spending time with family and friends. 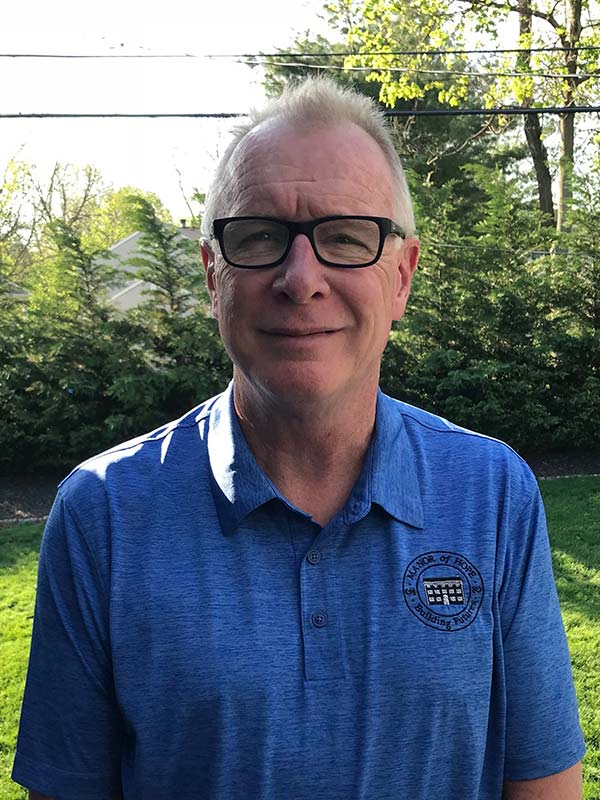 George came to the addiction treatment field as a father. In 2011, George’s then 14 year old son Benjamin broke 2 small bones in his back playing basketball. He was prescribed an opiate for the pain. Over the course of the next 4 years, Benjamin became addicted to opiates. In order to better understand the disease that his son was battling, George sought a new career in treatment. George has worked with several of the premier treatment centers in the country and for very personal reasons has a keen interest in helping families of young men struggling with substance use disorder. He is involved in all community outreach and visits treatment professionals, community groups and families to explain our programs and how we help young men discover and maintain meaningful recovery. George and his wife Joy are extremely active in philanthropy related to children in the foster care system in Philadelphia. 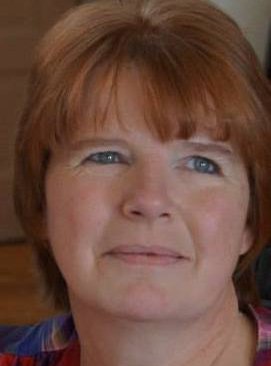 Arlene recently joined our staff as the Office Manager.  She has a varied background, after graduating High School, she entered the military – US Army, she was Honorably Discharged after serving for 6 years.  She has had a variety of management roles once returning to the area.  Retail Store Manager, District Manager, Office Manager & Service Manager so we feel she is more than qualified to Manage our Office here at Manor of Hope.

She is family-oriented, having four children of her own and adopting five additional children.  She has many interests aside from taking care of her family.  She loves to do research on her family history & traveling throughout the US and various countries, she is also creative working on various types of crafting projects. 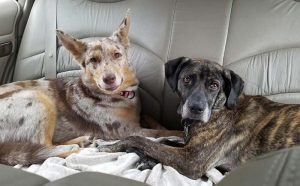 Walking in the front door of the Manor of Hope, you may be greeted by one of our four-legged staff members