For the second year in a row, the manor guys have headed north into the heart of the Pocono mountains, for their annual fall white water rafting trip.

This incredible activity has become a tradition for the program, and a rite of passage for the those residents that haven’t had the opportunity to go white water rafting before.   The warmer than usual week seemed like a far memory as the manor guys pulled into the parking lot of the local outfitter in charge of our trip.

The temperature? A balmy 45 degrees! Only a few brave souls ventured were brave enough (or crazy enough) to go white water rafting on a cloudy day with a high temperature in the 40’s.  But, the temperature was no match for the Manor of Hope crew…

Shortly after our arrival, we got changed into our warm and cozy wet suits; and we grabbed our paddles and boarded the van that was going to take us to our launch spot.  After a few basic instructions, the guide mentioned that the water was unusually high.  Of course, such news were followed by cheers from the group!

Everyone was excited and ready to take on the rapids.  The Manor of Hope crew was perfectly balanced. All of our new residents were there, and three of our seasoned veterans joined us as well.  It was the perfect combination.  We arrived at our launch spot and walked down a steep hill.  Then we grabbed our raft, and into the river we went.

Our raft was big.  It had 9 guys in it. It held the Manor crew of 8, plus one guide.  With a semi evil grin in his face, the guide said to us:

“we are going to take full advantage of this big water.  We are going to face the rapids head on, and hit them hard.  We are going to get soaked, and we may even fall in.  If you fall, swim to the raft and hang on, we will pull you back up.  Follow my instructions and commit to the adventure”.

And with that inspiring speech, we went off onto the rapids.

The water was cold and the sky was cloudy, but the wet suits kept everyone warm.  For the next two and a half hours, the crew faced rapid section after rapid section, each with increased difficulty.  As the day went on, the crew confidence and dexterity grew.  They were working together, as a team.  Relaying on each other to get through each rapid, counting on each other to get though each section, trusting on each other to conquer the challenges that the river brings.  Each rapid was followed by a brief break, were the crew was able to relax for a bit and enjoy the breathtaking views on the Lehigh gorge from the river.

In one of the last rapid sections, it finally happened, as it has happened on trips before. Man over board!!  Hayden fell victim of the raging river.  But the crew worked together flawlessly, and within seconds they grabbed him and pulled him off the water, just in time for the last challenge of the day, Snagged Tooth; the longest and most challenging rapid section in the lower gorge.

Our guide yelled instructions from his spot: “two forward!”, “two more!”, “left!”, “right!”… It was like being on a roller coaster while getting soaking wet.  Everyone worked together as a team, fighting the Snagged Tooth as it tried to rip us of our raft and into the river.  But the crew fought hard and we stayed upright.

We conquered the Snagged Tooth as the Lehigh river!  The guys cheered on and high fived each other as we concluded our great day at the river.  It was a great day of bonding and brotherhood.

Next challenge? West Virginia next spring. 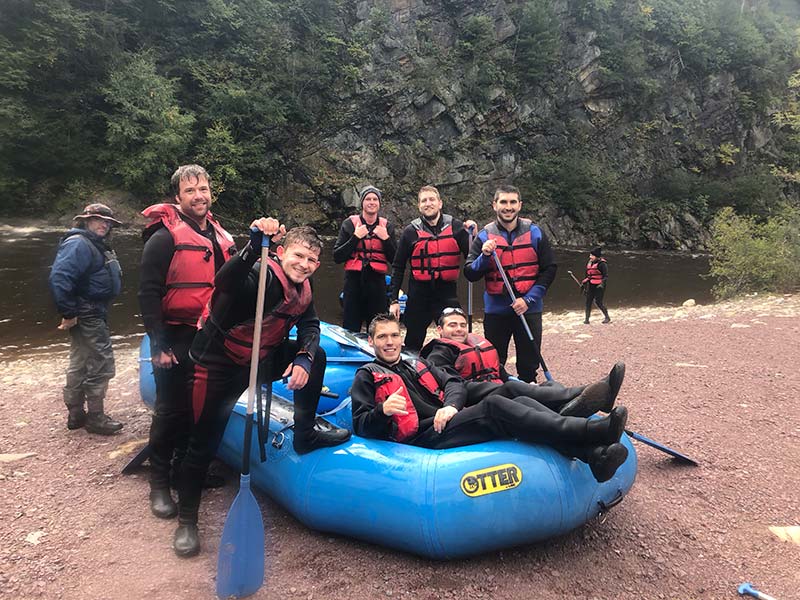 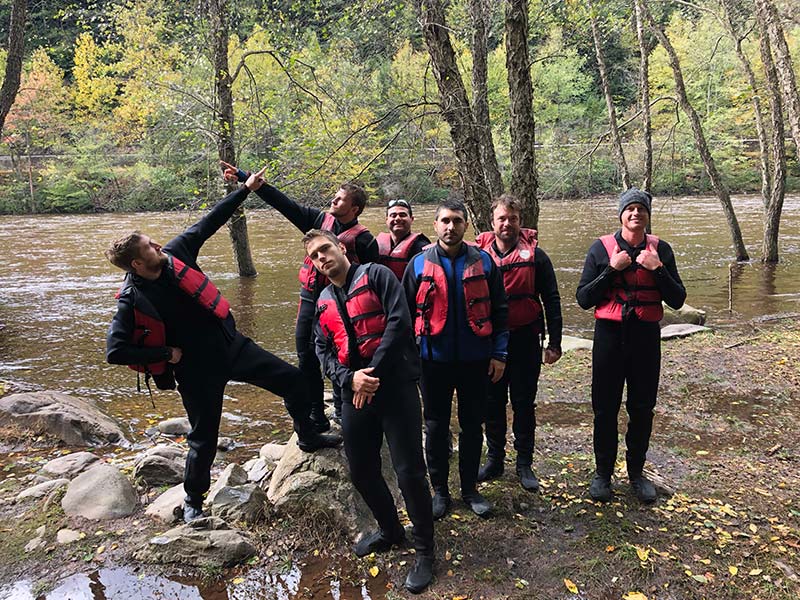 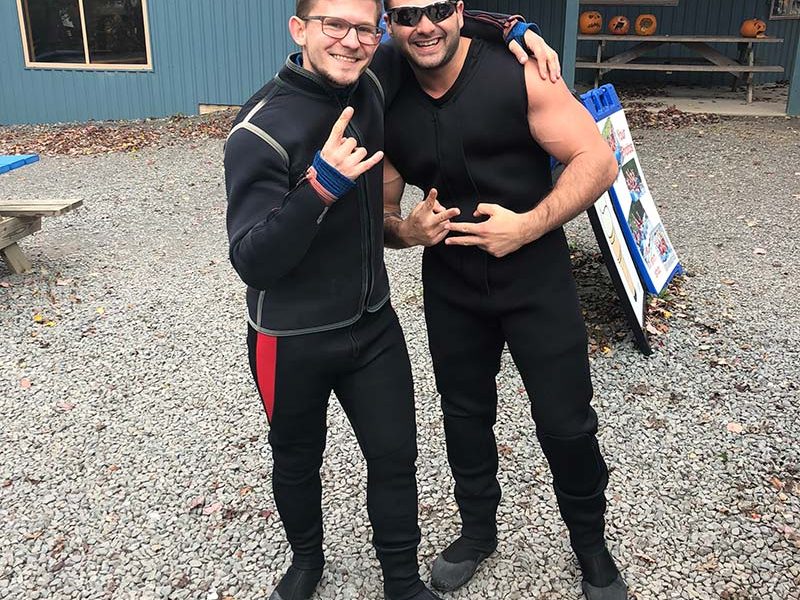 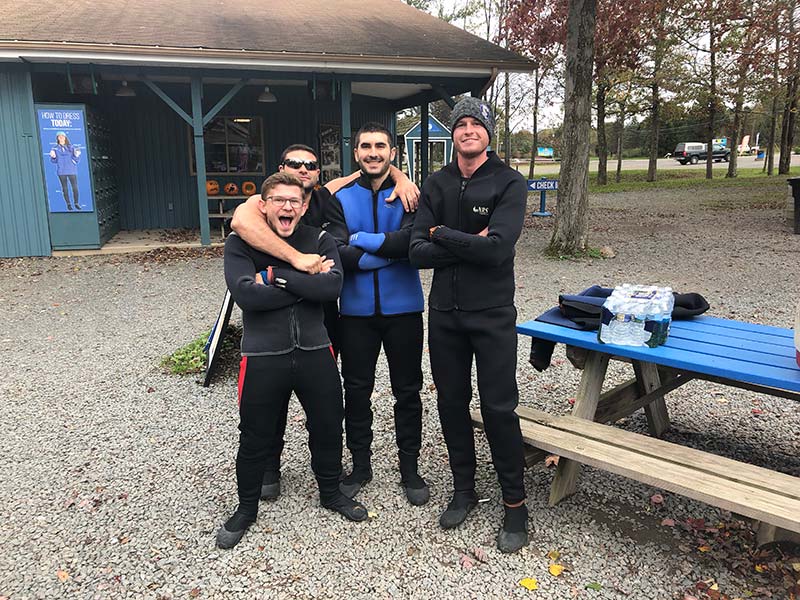 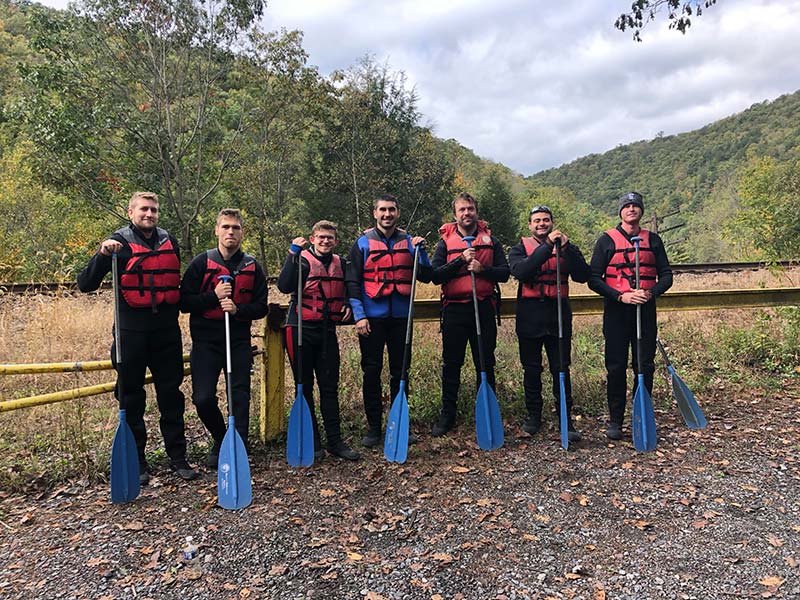 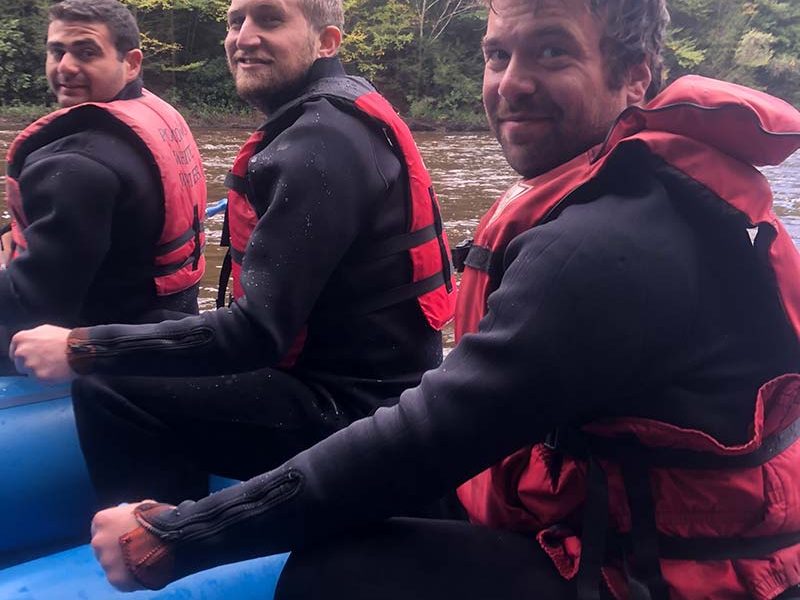 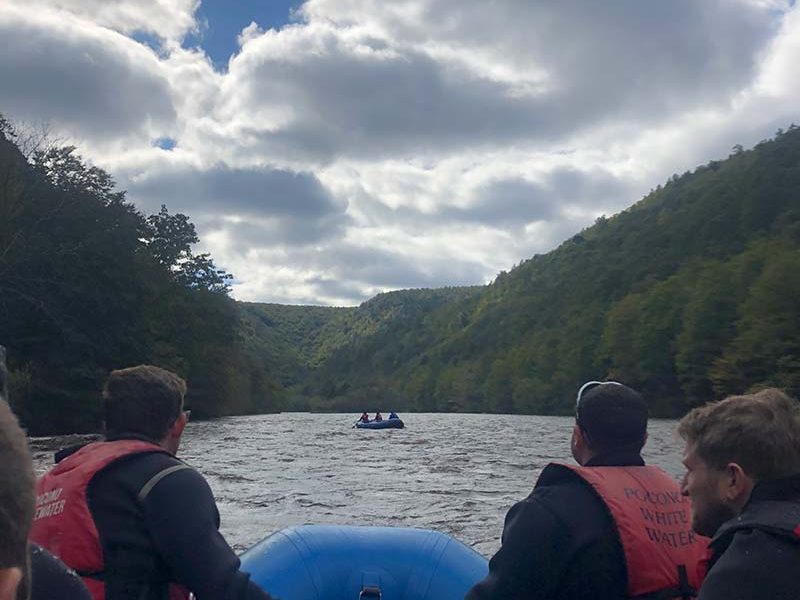 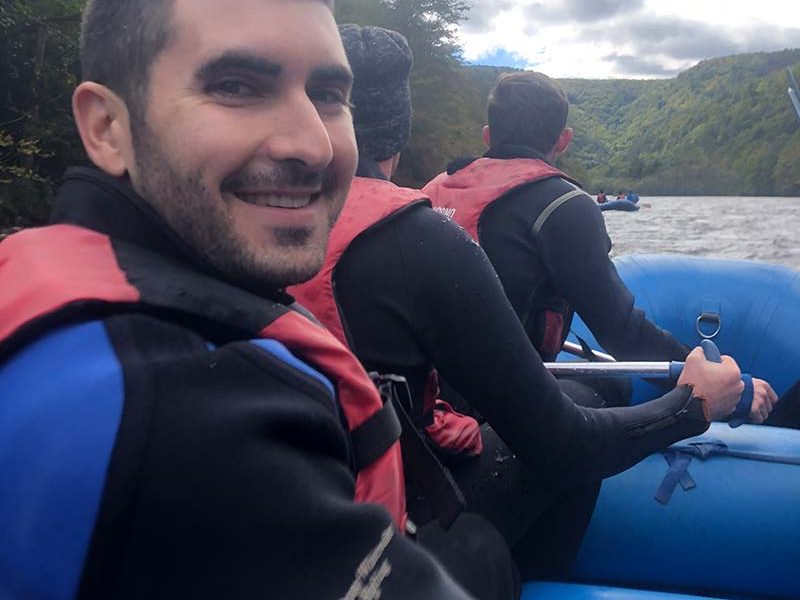 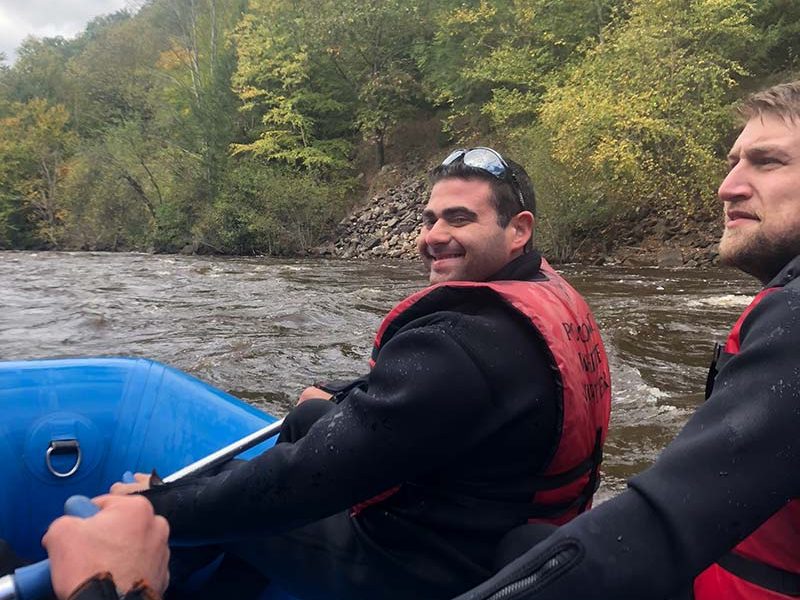 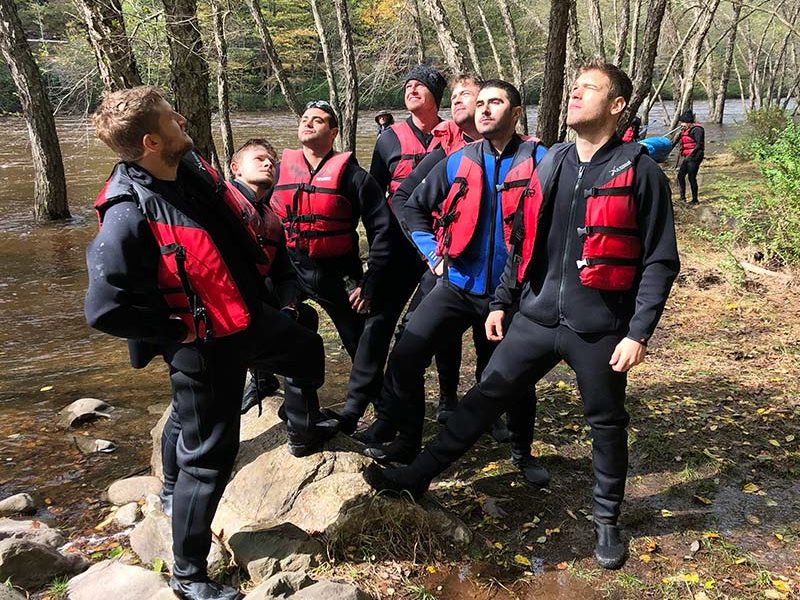 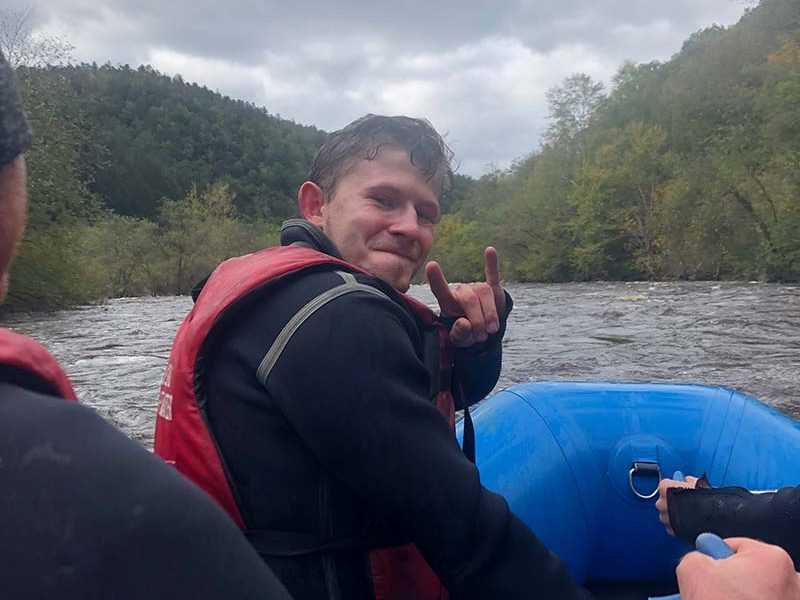 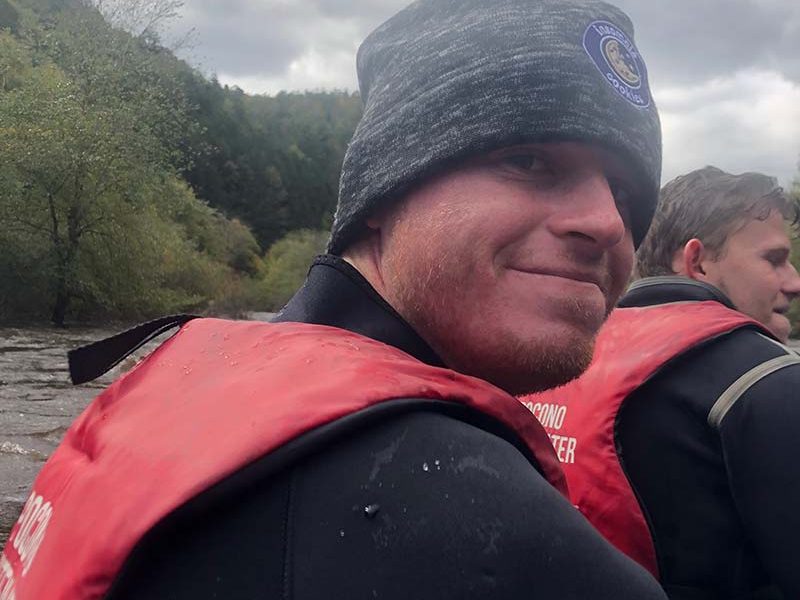 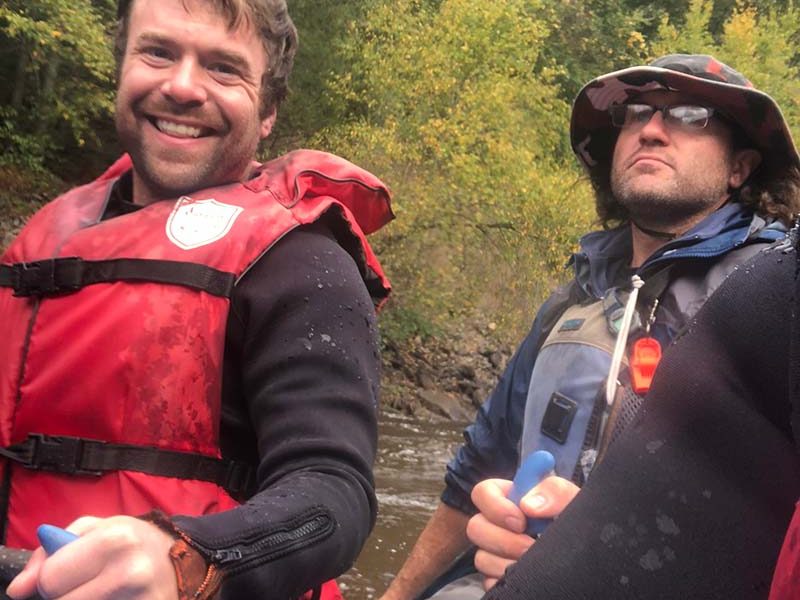 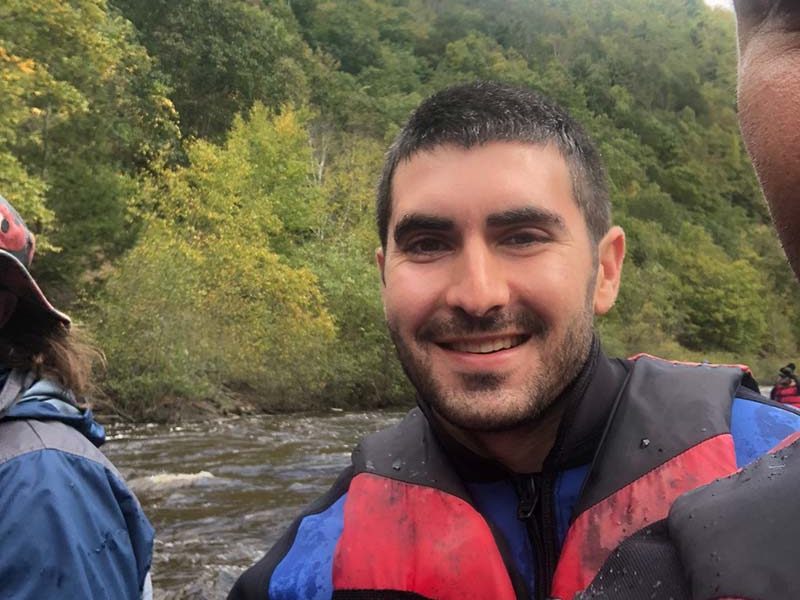 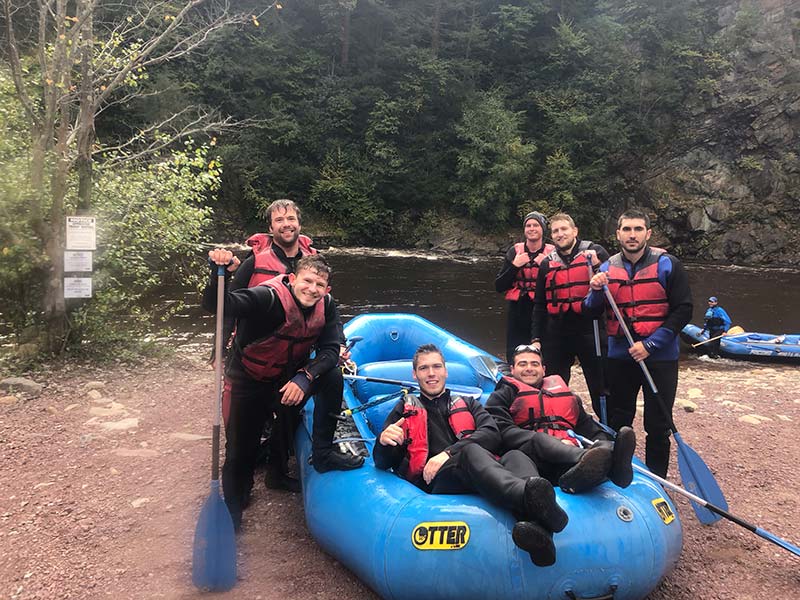 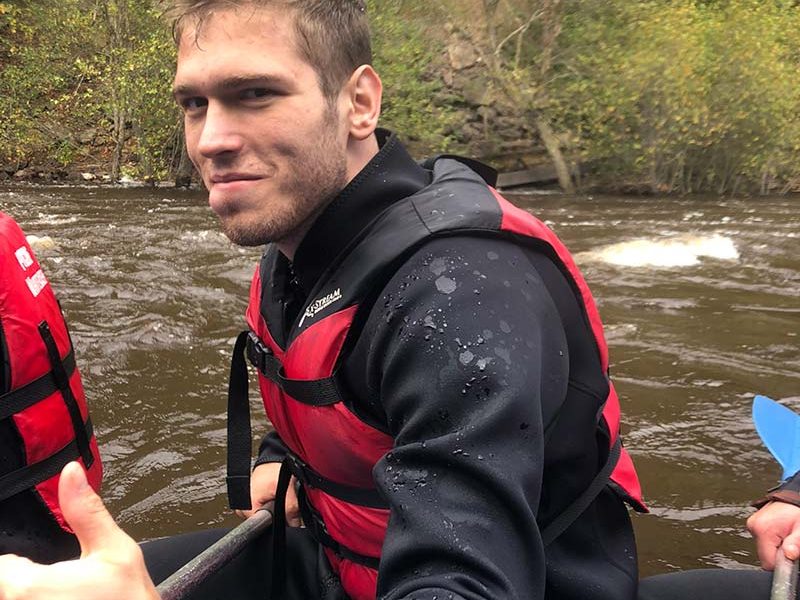 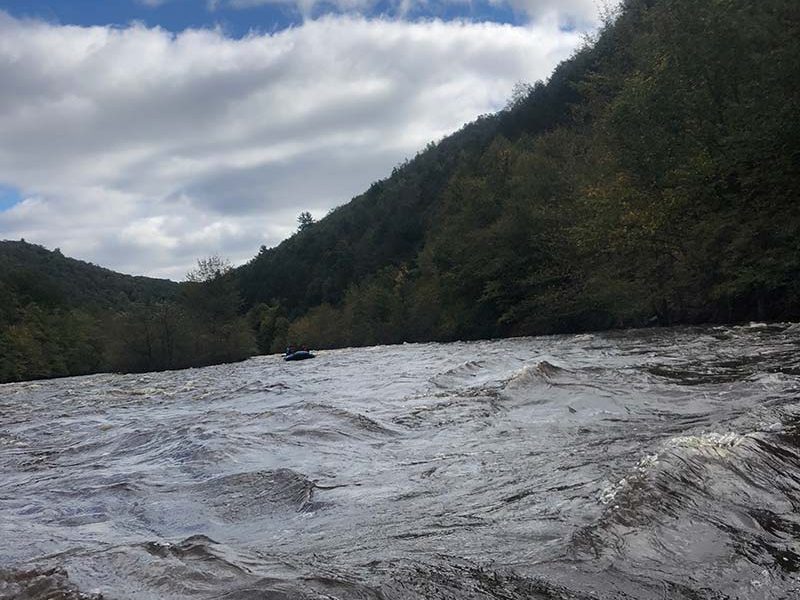 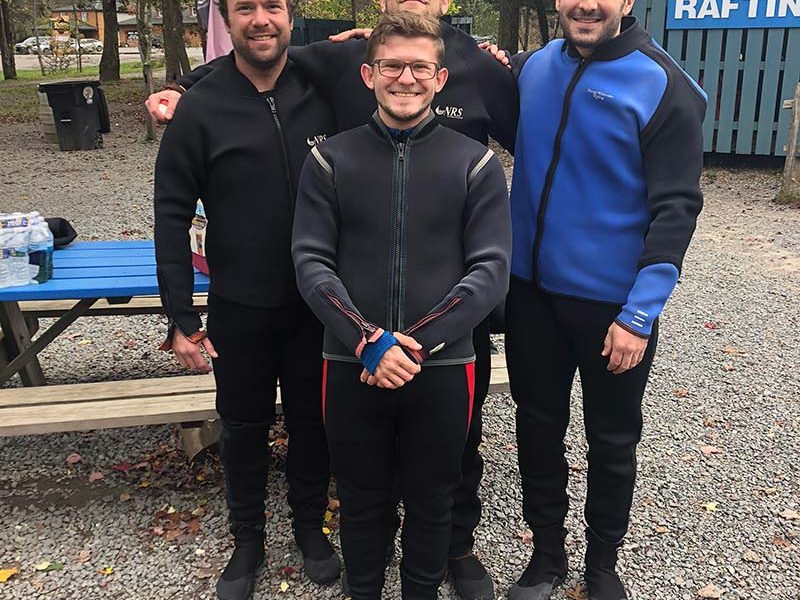 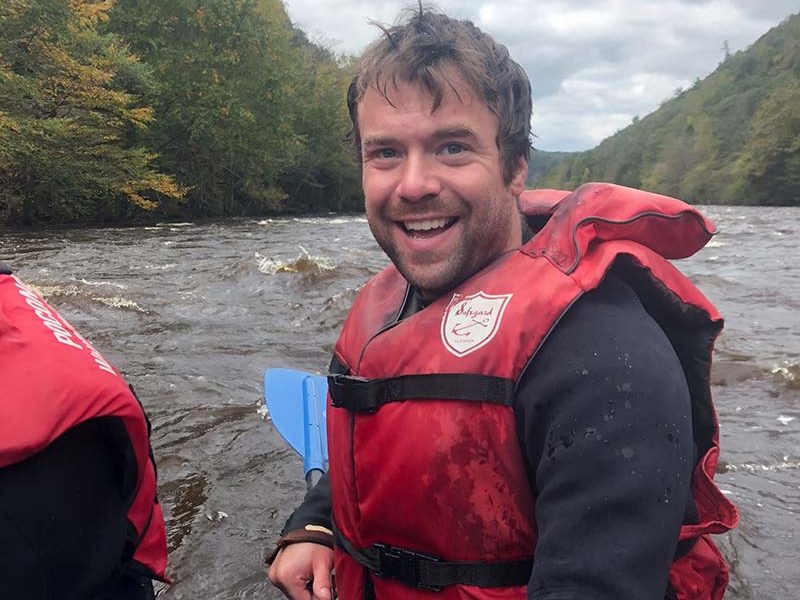 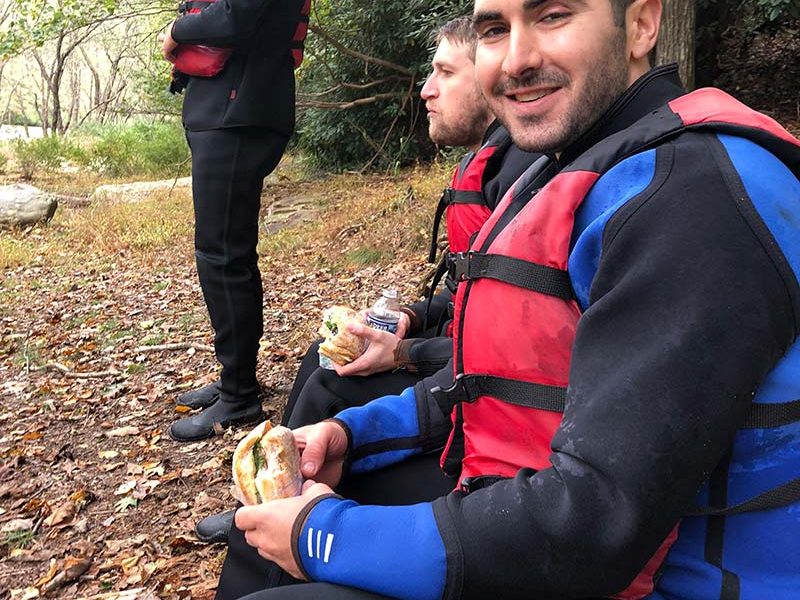 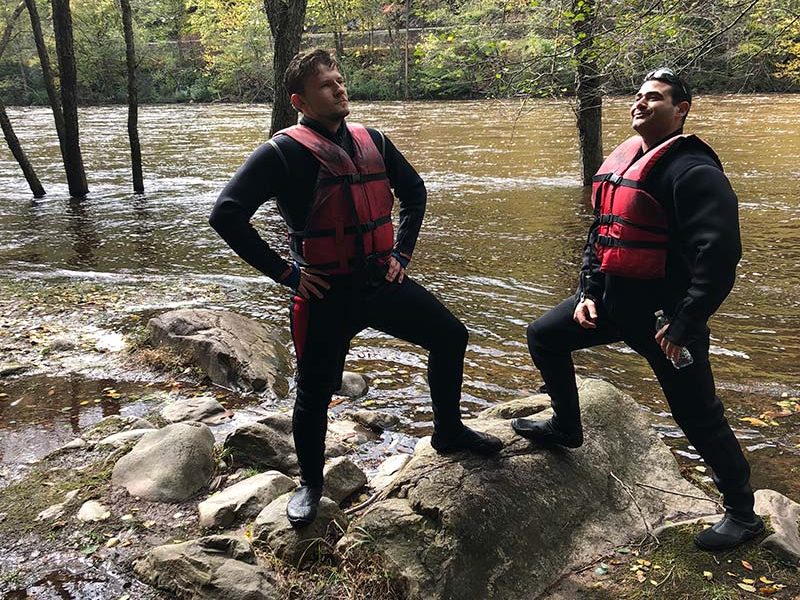 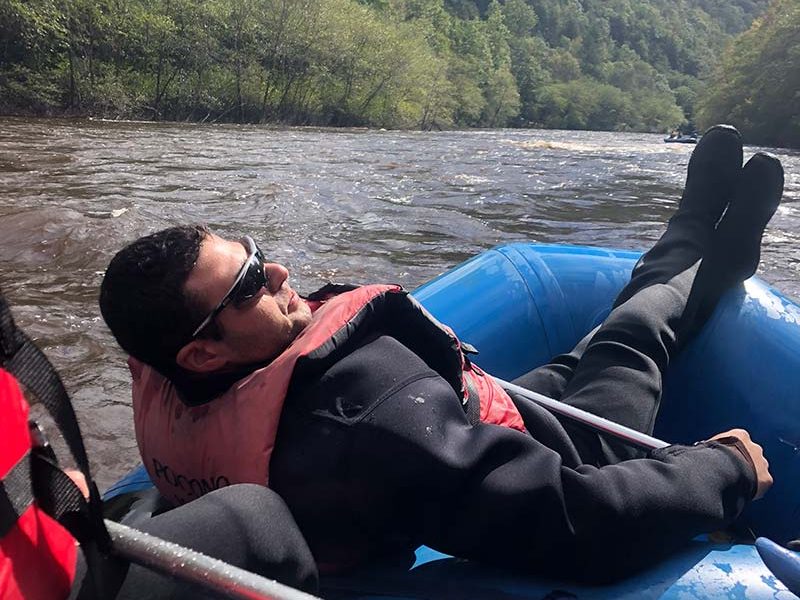 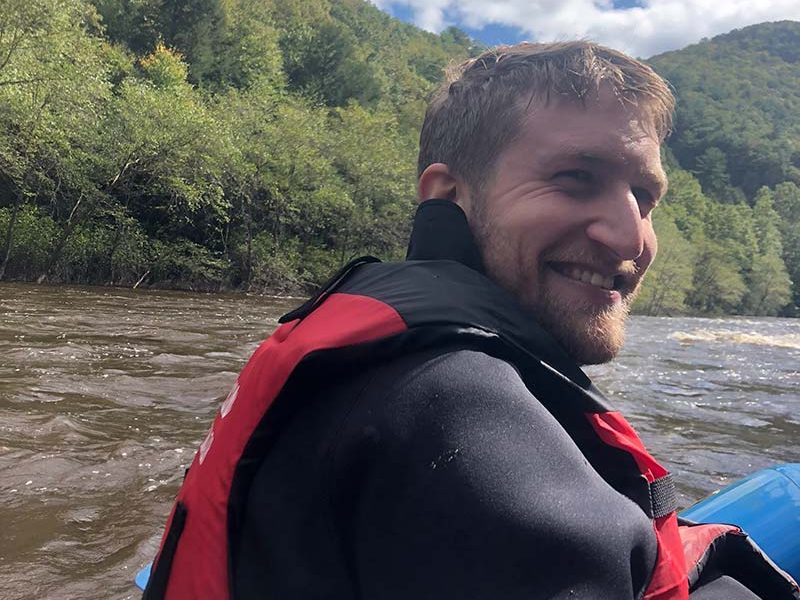