At the Manor of Hope, the guys work hard and also play hard.

After spending the morning doing house chores and cleaning the entire house, the guys had a well-deserved break and headed out to the Slick Willy’s Go Kart race track in Reading, PA. 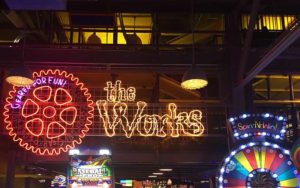 As usual, the competitiveness nature of the guys kicked in, as they all battled to win 1 of 3 races that they all participated in.
There were fast turns, faster straights, and lots of pushing and shoving but a great time was had by all!
The guys were able to wind down after such an adrenaline rush by doing a few races in the 4D simulator arcade racing game, which is a very close to a real driving experience.
Manor of Hope2020-01-13T15:24:55-05:00