Previous Next
Weekend adventure: Camping at the Pocono Mountains

After weeks of planning, it was finally here!

The guys of the Manor of Hope were ready for their weekend camping at the Pocono Mountains.

On Friday afternoon, shortly after 3pm, the Manor guys were on the way to their much anticipated camping weekend! They had been waiting for this weekend for a while now, and everyone was full of positive energy.

As we drove away from home and into the mountains, the air felt much nicer and cooler. When we left home, the digital temperature reading was 80 degrees and once we got closer to our destination the temperature dropped to 65 degrees. It was a sweet reminder that we were in the mountains. 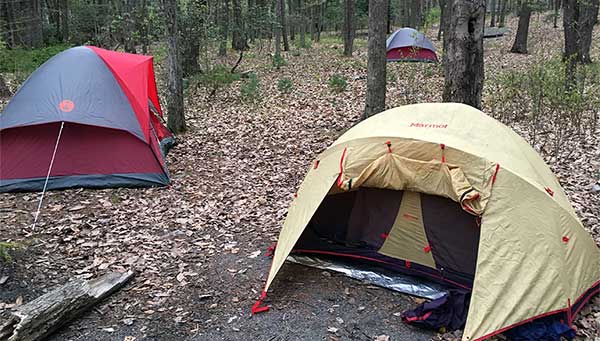 We arrived at our campsite around 6pm and everyone got busy setting up camp.  The guys worked in teams unloading supplies, organizing everything onto the picnic tables and setting up the camping tents and easy ups for coverage.

About an hour later our camp was finally set up.  We had 6 tents in total and our campsite looked awesome and full of life! 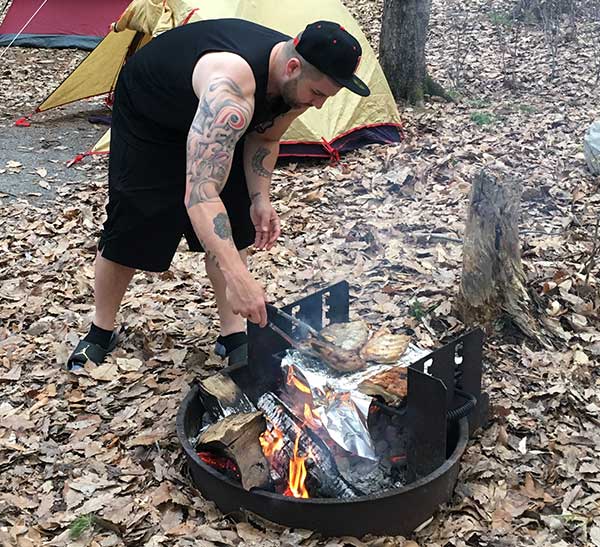 A.J. fires up the grill and cooks the meal for the guys

Shortly after we finished setting up, we started our camp fire and A.J. took charge of cooking us all dinner.  The other guys were throwing a football around and playing a game of washers.  Once dinner was ready, everyone sat down and enjoyed a great meal of  grilled ribs with grilled corn on the cob.

As night arrived, the temperature kept dropping so everyone dressed in warmer clothes and sat by the fire.  Of course, someone decided it was time to tell scary camping stories!

The guys decided to play cards for a while and we finally ended the night with the all time favorite: s’mores! 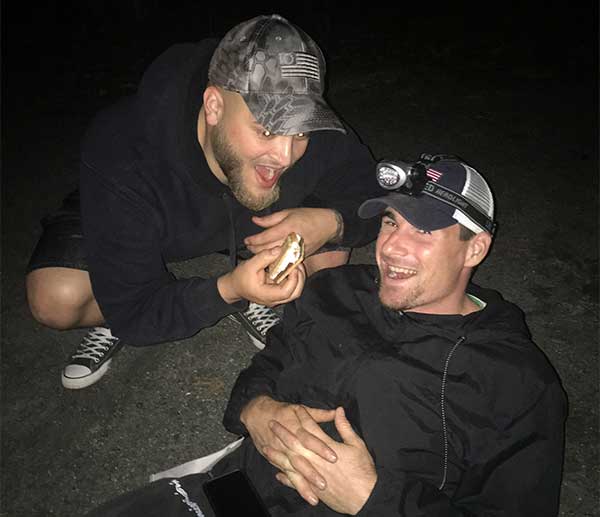 Elliot and Dave joke around with the camping standard: smore’s!

Later, it started to rain and everyone settled into their tents for a night of sleep.  The next day was going to be a full day of white water rafting, and everyone needed to be well rested.

The next morning everyone woke up shortly after sunrise.  It had rained substantially the night before and the ground was wet and the air chilly with a temperature in the high 40’s! 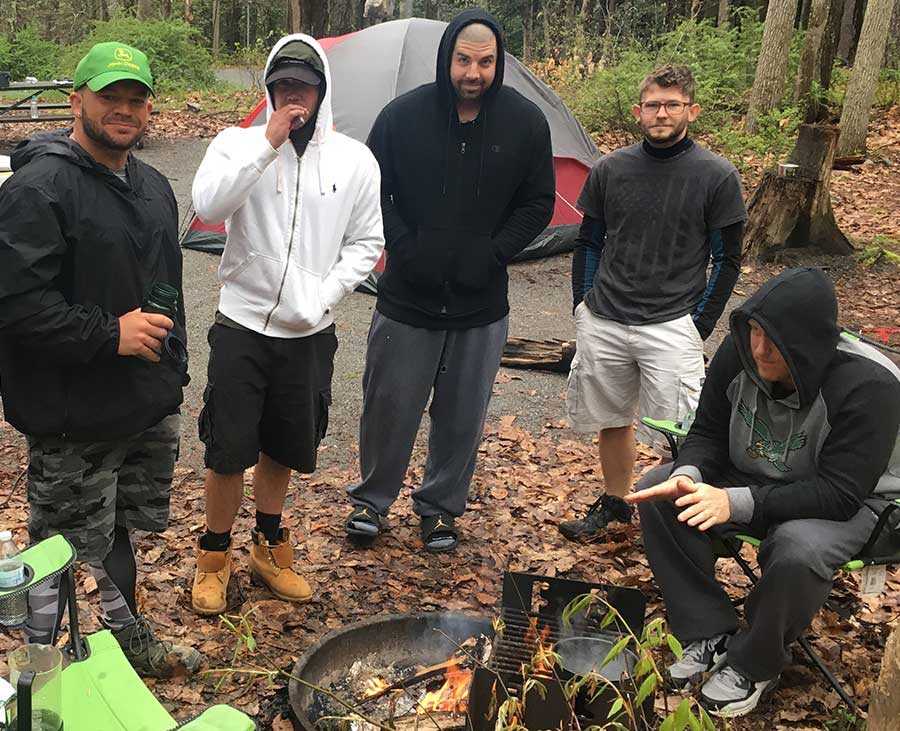 Doug, Dave, A.J., Parker and John try to warm up in the morning

As soon as the guys were up, the fire was roaring and the coffee was brewing. Everyone had coffee, breakfast, and then packed their lunches to head to the Lehigh River for a day of white water rafting.

When we arrived at the river, we were informed that the water temperature was a balmy 51 degrees, but nothing was going to stop the Manor crew!  Everyone grabbed wet suits and soon after, we were paddling down the stream. 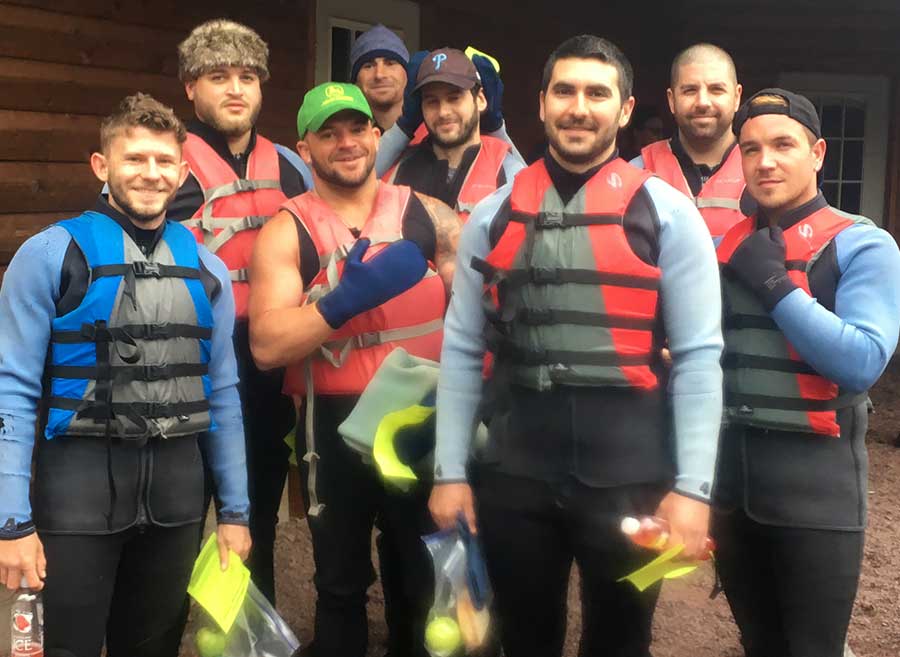 Parker, Elliot, Doug, Dan, Brian, Bryan, AJ, Dave get ready to get out on the river

The entire trip was an 8 mile jaunt down the river. The water was chilly, but it was no match for the guys. They conquered each challenge the river threw at them with skill and courage, and a few hours later finished, cold and wet, but satisfied.

The trip was great, full of laughter, with many funny moments and great team work.  It’s amazing to see the guys working as a single unit conquering the challenging rapids with dexterity and grace.

Once our river trip concluded we headed back to the campsite for some well deserved food. We were supposed to stay for one more night, but the weather had other plans.  Rain continued to fall and it became impossible to keep the fire lit. So after a brief talk, we all sadly agreed it was time to head back to the Manor of Hope. 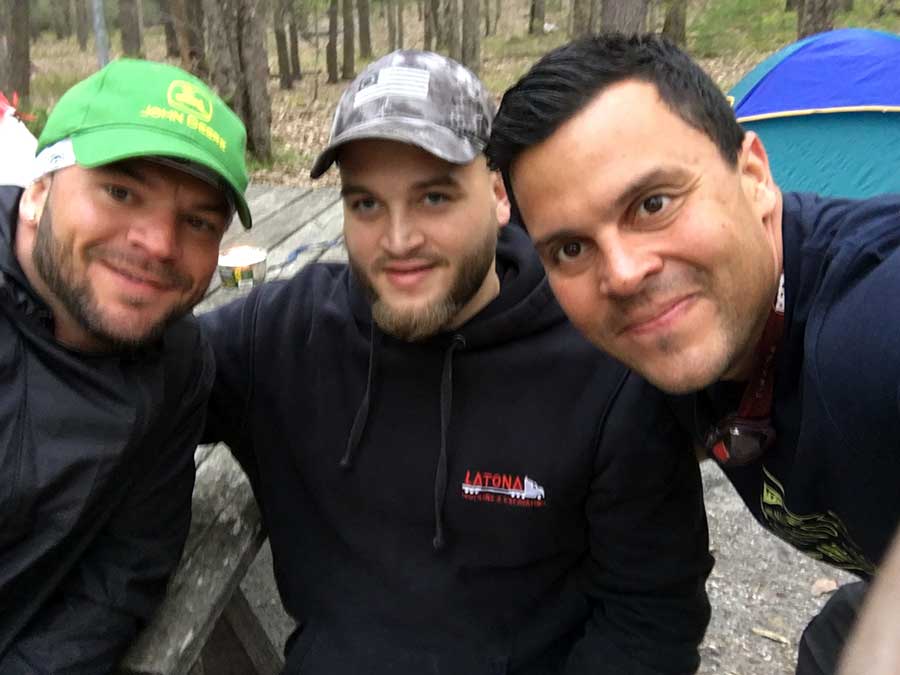 Everyone had a great time and another camping adventure is not too far in the horizon. 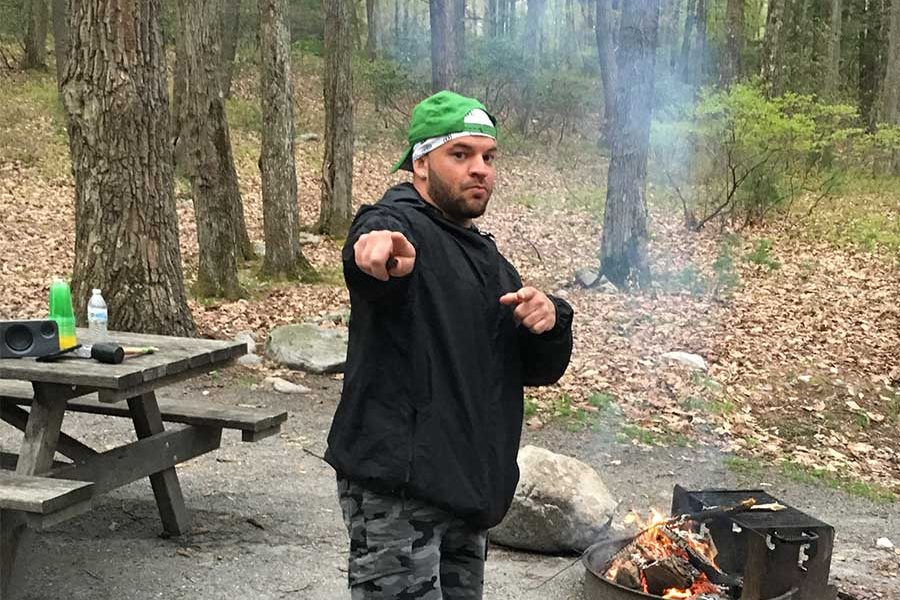 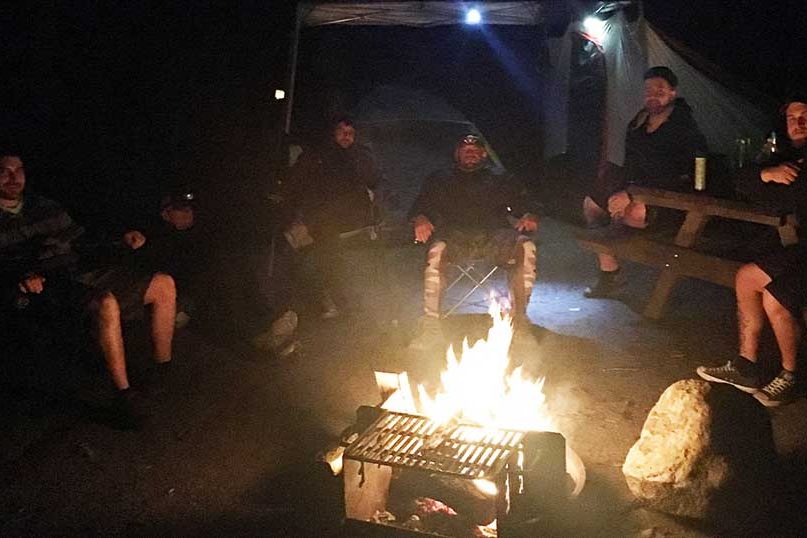 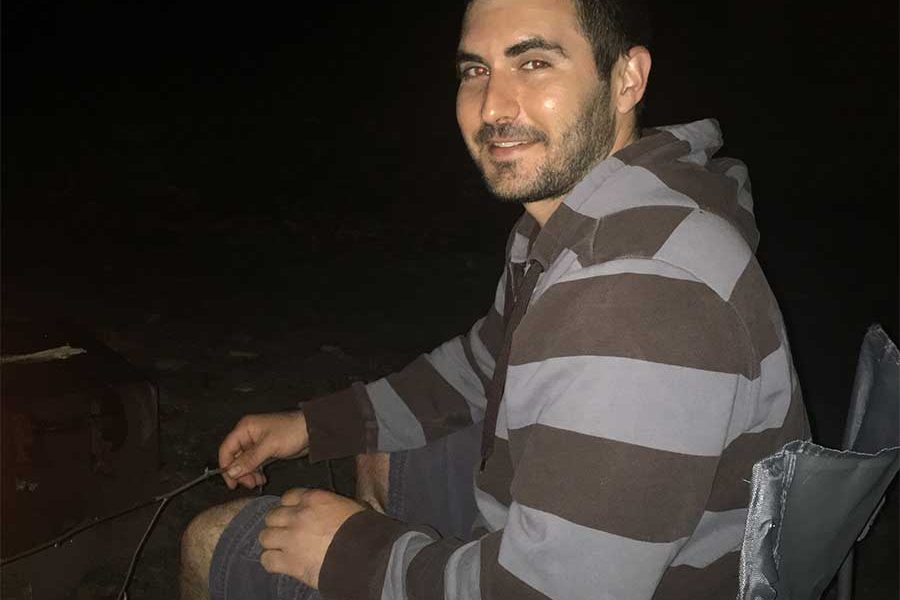 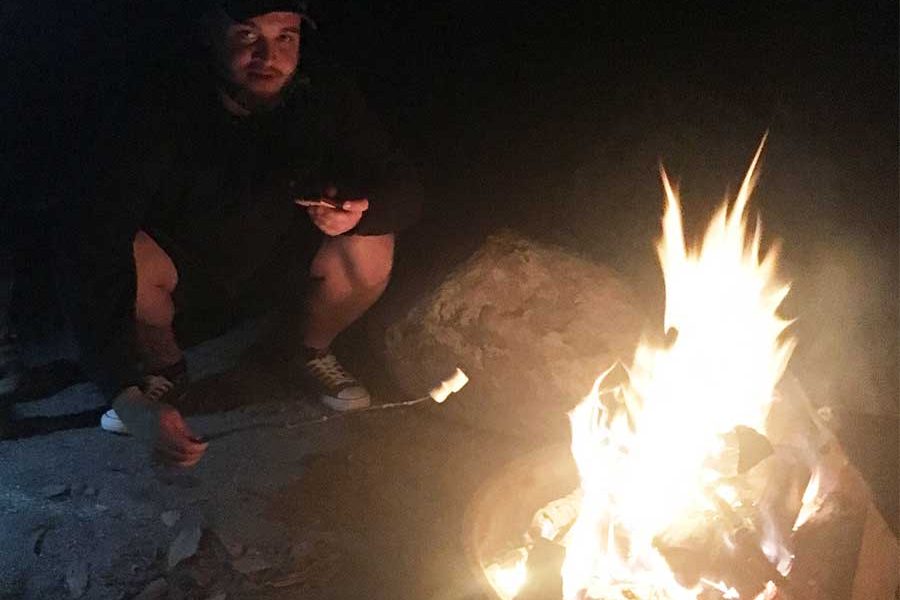 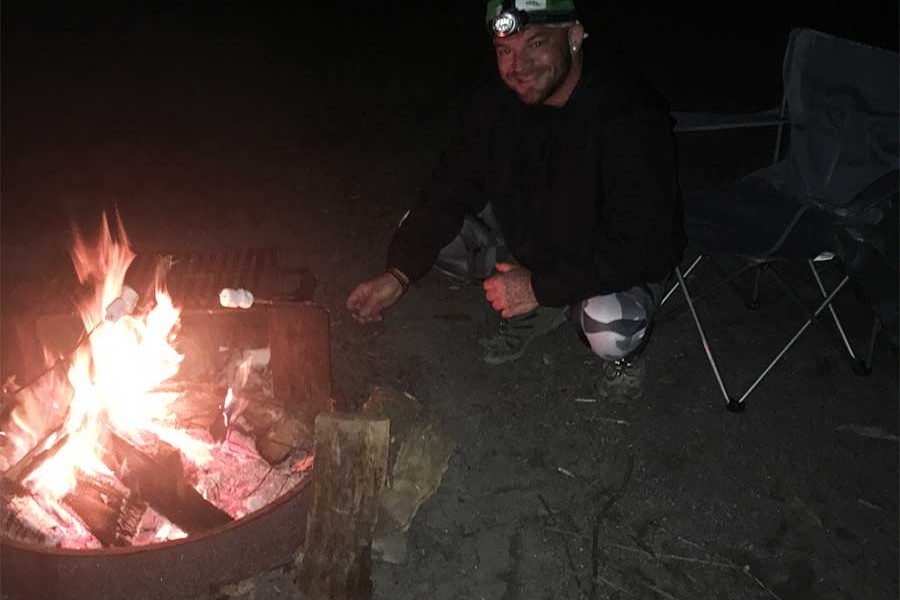 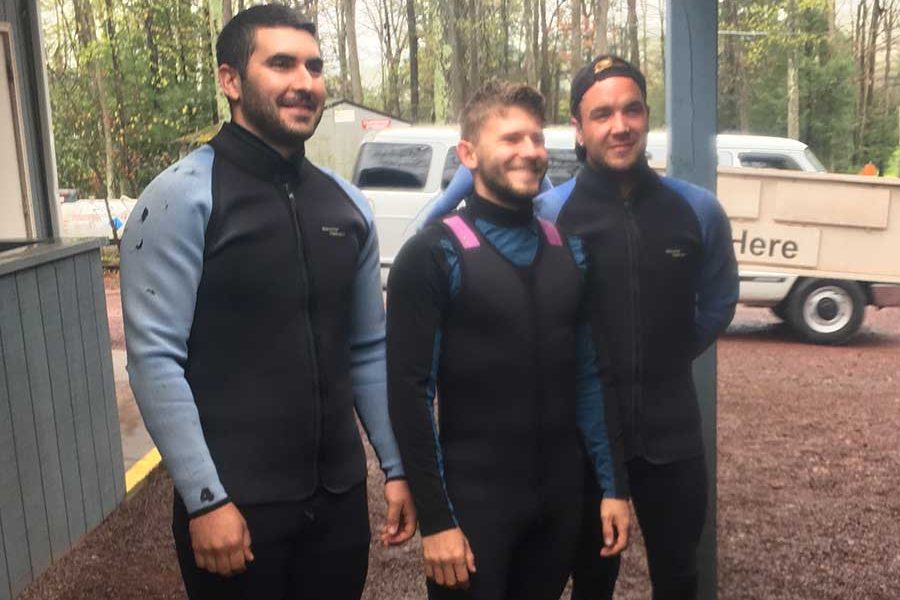 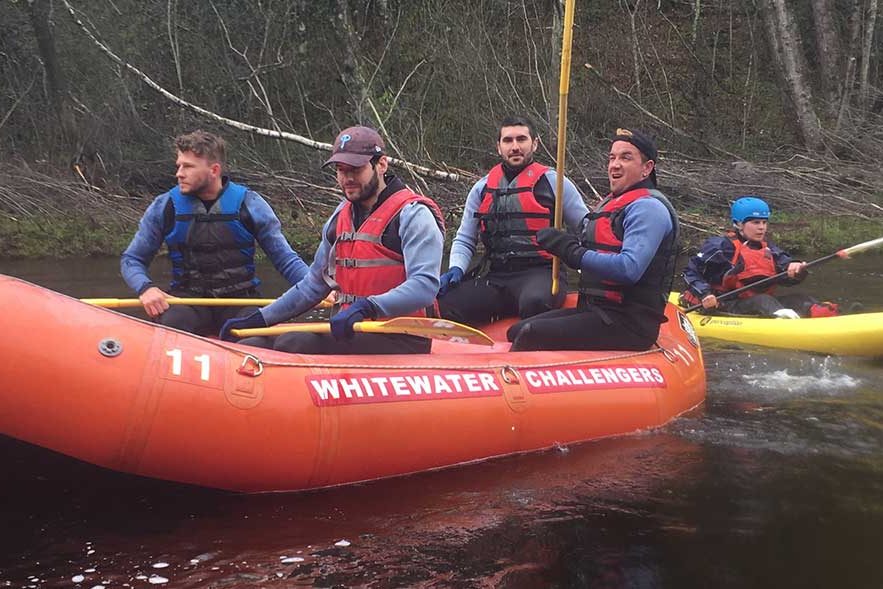 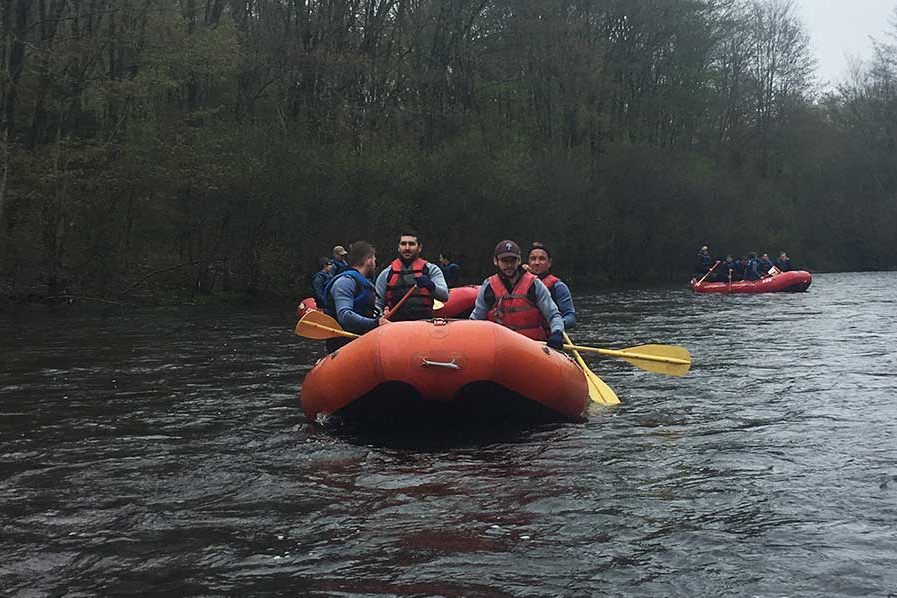 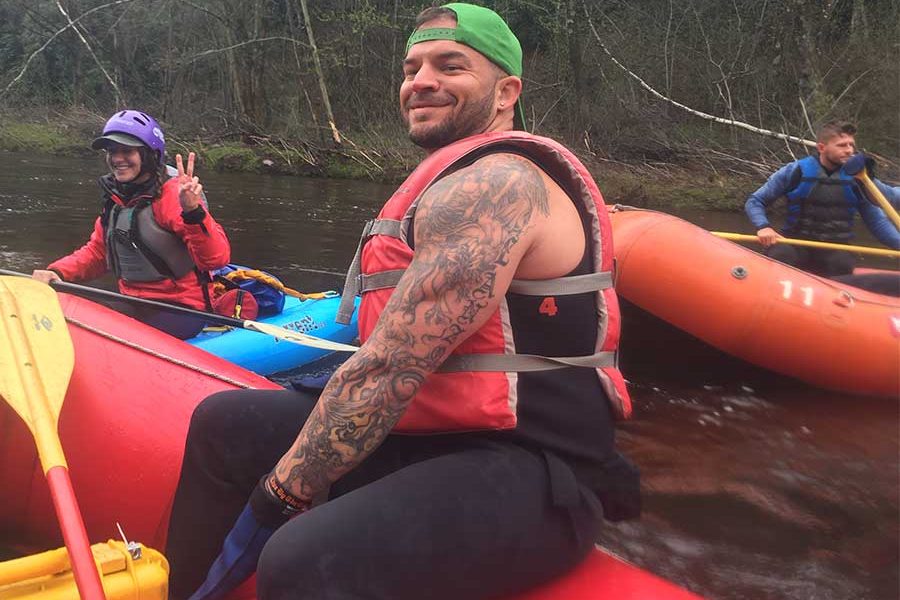 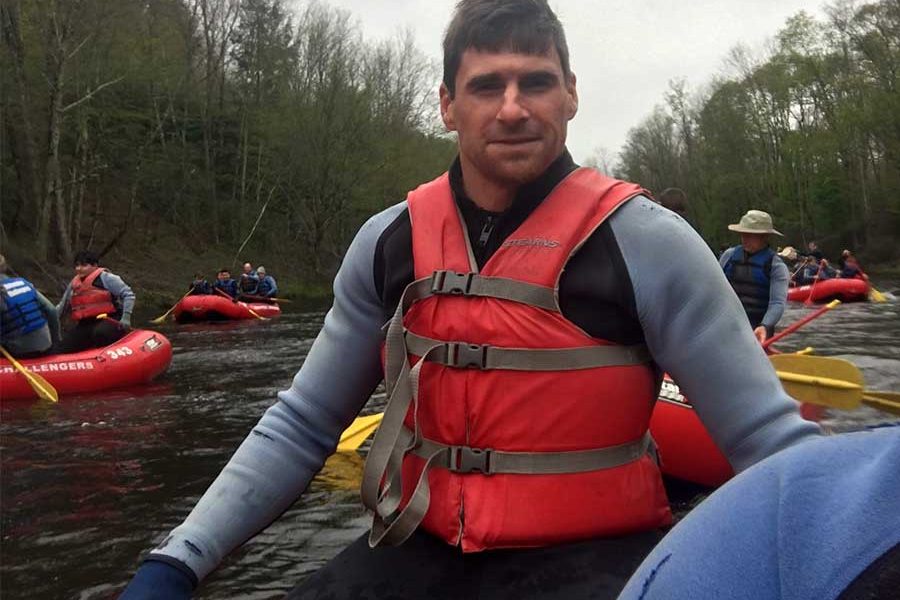 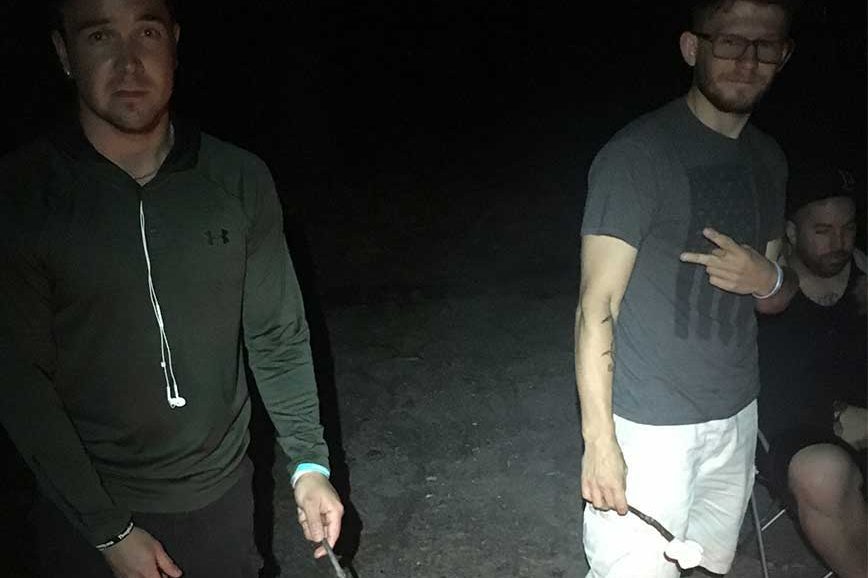