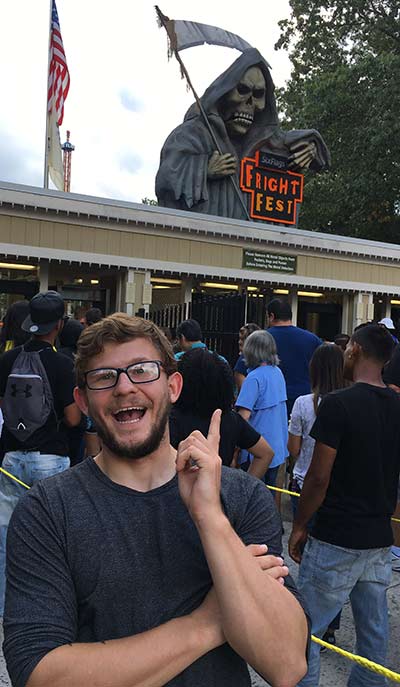 The air was vibrant at the manor of Hope this past Saturday morning…
The guys were excited and full of energy….
The day had finally arrived…

After a hefty breakfast, all the guys eagerly boarded the van, and within seconds the entire crew was off.

A little over an hour later we arrived at the amusement park. We were delighted to find out that there were no long lines and that the typical summer crowds were gone.

Some of the guys were familiar with the park already, so they suggested that the first ride should be the kingda-ka. An incredible roller coaster that accelerates from zero to over 100 miles an hour in less than 5 seconds.  Some of the guys eagerly boarded the ride, while others decided to pass on the challenge ;-)

And so we spent the day, from ride to ride, walking around the massive park, having fun, and laughing about the reactions each of them had on each of the rides.

We had a brief pause for lunch, and then quickly resumed the riding until everyone had enough excitement for the day.

We will definitely make it back to six flags for fright fest and the holiday season this year!